Veterans account for one-third of all mesothelioma cases, with many veterans exposed to asbestos during their service. Mesothelioma is a rare and incurable cancer, with symptoms occurring up to 50 years after diagnosis.

There is a risk of asbestos illness such as mesothelioma, lung cancer, and asbestosis for veterans from every branch of the military, (Army, Navy, Air Force, Marines, and Coast Guard.)  The U.S. military used asbestos for its fire retardant and insulating properties and in its paints, tiles, buildings, vehicles, ships, and aircraft. Although the use of asbestos was phased out in the military by the 1980s, its use was so widespread, for over 50 years, that exposure occurred for many veterans during their service.

Our co-counsel law firm handles 90% of all mesothelioma cases in Northern Illinois and has national recognition for precedent-setting court cases. Wherever you live in the United States, we can represent you.

Keeping with the “Community First” tradition of Tuohy Law Offices, we donate a percentage of every case recovery to help fund mesothelioma patient and family support.

Click below to learn more about asbestos and our experience in asbestos litigation, our military veterans testimonials and essential resources on mesothelioma and other risks of asbestos exposure. For support and immediate assistance, call Tuohy Law Offices toll free at 800-729-2454, fill out the contact form to the right, or, if after office hours, choose the 24/7 365 days a year live chat box on this page.

Our co-counsel law firm has over 40 years experience, handles 90% of all mesothelioma cases in Northern Illinois, has recovered over $3 billion for clients including many landmark cases that have helped shaped mesothelioma litigation in Illinois and national recognition for precedent-setting court cases.

Asbestos is a group of six different types of minerals that are all composed of microscopic fibers. These fibers are made up of tinsel-like threads that are incredibly dense, durable and virtually indestructible and widely used in industrial construction, in everything from insulation, paints, tiles, fabrics, buildings, vehicles, ships, and aircraft.

When asbestos materials are disturbed or damaged, asbestos fibers can be released into the air and cause dangerous exposure. When people accidentally inhale or ingest the microscopic fibers, the mineral can eventually lead to serious health problems, like mesothelioma. Any amount of asbestos exposure, even limited, is considered dangerous and can later lead to a mesothelioma diagnosis. Anyone working around asbestos can inhale or ingest the microscopic asbestos fibers into the lining of the lungs, abdomen or heart. For up to 50 years, the fibers can slowly, without symptoms, cause inflammation and scarring, which can eventually develop into mesothelioma tumors or other related conditions.

Veterans are at a significantly higher risk of developing an asbestos-related disease such as mesothelioma.

Navy: Veterans serving in the Navy are in the highest risk for asbestos-related illnesses, whether serving on Navy vessels or working in shipyards. The majority of Navy vessels before 1980 were built with hundreds of asbestos-containing products, such as asbestos fireproofing, insulation or lagging on pipes and around boilers, pumps, turbines, heat exchangers, valves, valve packing, and gaskets.

Army: Soldiers spending any time in barracks, older buildings, or transport vehicles are at risk for asbestos exposure. Almost all older barracks were constructed using asbestos. Soldiers operating heavy artillery and other weapons systems often wore gloves and suits that were covered in asbestos to prevent burns. Soldiers who were in combat zones in Korea, Vietnam, Iraq, and Afghanistan might have been exposed to airborne asbestos particles and inhaled them as buildings and vehicles exploded, including veterans who have recently served, or who will serve in these overseas areas in the future.

Marines: From transport vehicles, ships, shipyards, HQ buildings, barracks, war zone buildings, and vehicle explosions, the very nature of this elite service and the responsibilities of Marines put them a significant risk. Mesothelioma causing asbestos materials were used in many locations where the Marine Corps served and exposure is still possible today.

Air Force: Many veterans who served in the Air Force were exposed to asbestos in aircraft or barracks, because of asbestos used in insulation, piping, drywall, joint compounds, caulk, ceiling tiles, and flooring tiles. Asbestos was used to fireproof aircraft, to line engines, brakes, gaskets, and electrical wiring.

All veterans who served in any branch of the military are at risk. Although asbestos use discontinued in the 1980s, some companies produced commercial products that contained asbestos well throughout the 1990s and even into the 2000s.

It remained in place in buildings, vehicles, ships, and other structures and anyone who is around it if it is disturbed is at risk of inhaling its microscopic fibers. Military members families may also be at risk because asbestos dust can adhere to military uniforms or clothing and, if worn at home can expose family members or others to asbestos who come into contact with their clothes, especially for those who may be in charge of laundering them. Asbestos materials can also get caught on clothing, hair or skin, exposing other soldiers.

There was approximately $30 Billion set aside in trusts for Veterans who were exposed to asbestos during their service in the United States Military and diagnosed with an asbestos-related disease, such as mesothelioma, lung cancer, and asbestosis. We can pursue both bankruptcy trust funds and lawsuits on your behalf.

No matter when exposed to asbestos, you are entitled to file a legal claim against the entity that was responsible for your condition. There are several types of claims you can submit, and it is important to retain an attorney soon after diagnosis. There is a statute of limitations that can be as short as 1- 2 years after your diagnosis, but it depends on the local jurisdiction. It is crucial to contact our office today to determine what statute of limitations applies to your claim and to preserve your rights.  You may also be entitled to VA claims. All mesothelioma attorneys should work on a contingency fee arrangement, where you only pay the attorney if you are paid.

Wherever you are, whatever makes you most comfortable and serves you best. Our co-counsel firm serves every state in the United States.  Your consultation and full case review are free. There is no charge for attorney fees unless there is a recovery. Our commitment to the community is real, and it is long-standing.  We donate a percentage of our attorney fees on every veterans mesothelioma case towards patient and family support.

Veterans Speak for Our Reputation

“I am proud to state that Tom Tuohy is my valued friend and legal counsel and has served the legal needs and diligently represented countless individuals and families throughout the State of Illinois for over three decades. Tom has the legal temperament, diligence, and intellect to be who I consider one of Illinois’ outstanding attorneys and someone that can be relied on and trusted.”

“I have known of Tom Tuohy’s reputation for a long time through my responsibilities as Police Superintendent of the Chicago Police Department. When the time came to take care of my family business and my personal and business affairs, I knew exactly who I would retain. Tom has the extensive professional experience and demeanor that you would hope for in an attorney and counselor. I knew that I could rely on his expertise and most importantly I knew I could trust him. You can trust Tom Tuohy to handle your affairs in the most professional manner and you can be assured that you will be protected.”

“There are only a handful of people you meet in life who you know will make a profound impact on the world, and Tom is one of them. As a former fighter pilot, I’ll put it this way: Tom Tuohy is one of the very few men I would fly and fight for… to the death if the mission required it. I’m honored to know Tom as a friend and proud to give him the very highest possible recommendation.”

“As a retired US Army Colonel and former Director at Raytheon, I have been exposed to some of the finest leaders our great nation has to offer. Tom is among a very small handful of the best of the best. Tom is a uniquely talented visionary driven to change the world by improving the lives of others, a mission that touches everyone he knows and everything he does. While others may talk about making the world a better place, Tom puts it into action, changing the world one person, one client, one contact at a time. I am proud to offer him my very highest recommendation.”

Don’t Wait Until It’s Too Late 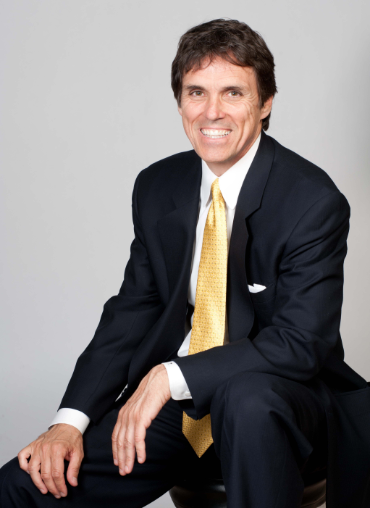 Over the past 34 years, Tom Tuohy has represented more than 14,000 individuals in the greater Chicago-land area, Illinois and throughout the country. Respected for his ability and willingness to inform the public of the legal issues affecting their lives, Mr. Tuohy has, additionally, provided legal education seminars to members of major labor unions such as the International Brotherhood of Electrical Workers, US Steelworkers, Fraternal Order of Police, Metra, Chicago Transit Authority and Secretary of State of Illinois employees and to residents of communities across the state of Illinois. From 1984 to 1988, Tom Tuohy served as Special Assistant Attorney General of Illinois. Mr. Tuohy founded his own Chicago law firm in 1982, now known as Tuohy Law Offices, providing educational seminars and legal services in estate planning, the preservation of personal assets, and financial security.

The use of the Internet or this form for communication with the firm or any individual member of the firm does not establish an attorney-client relationship. Confidential or time-sensitive information should not be sent through this form.  Nothing on this site should be taken as legal advice for any individual case or situation. Call today to discuss your case.

Claim Your Free Consultation?
Just call us below on our toll free number.

The use of the Internet or this form for communication with the firm or any individual member of the firm does not establish an attorney-client relationship. Confidential or time-sensitive information should not be sent through this form. For a free no obligation consultation about your potential claim contact us by filling out your details below.

Updates on the law and special offers, right to your inbox